WHO WAS THE MASTER OF THE FEMALE HALF-LENGTHS? 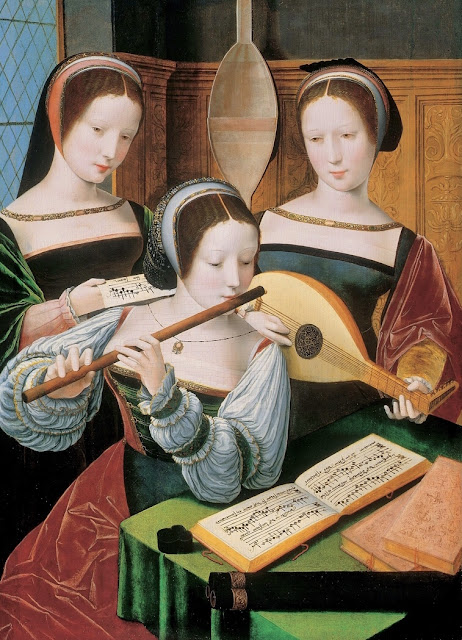 There is so much we still dont know about Art and Connoisseurship.
Paintings are attributed incorrectly all the time; we say this is a Leonardo and that is a Modigliani or a Corot, and often, we dont know.
If not often, then more than rarely.
There is actually a boat load of debate about a LOT of what you thought you had learned or knew.
It has become almost a parlor game to re-attribute works of Art, even "famous" ones (perhaps they are famous because of the mis-attribution instead of their inherent exqusiteness? Hmmmm.)
One exquisite example is the exquisite Art of the exquisite anonymous painter (or painters) of the Female half-lengths.
The Master of the Female Half-Lengths.
Who was she? or he? Or they?
I have been enamored of these paintings for years.
Whoever - she/he/they - was/were, they were Northern European artists who worked during the cinquencento - smack dab in the Renaissance.
Many names have been profferred, mostly in re either Jan or Hans Vereycke.
Many towns have been suggested as to where they/he/she worked, like Antwerp or Bruges, Ghent or Mechelen (the usual suspects).
Dates ranging from 1520 to 1590 have been proposed.
See how much (er, little) we know !
Calling the author "The Master of the Female Half-Lengths" is like calling a Bronzino a painting by the Master of Mannerist Firenze, if we didnt know it was by Agnolo di Cosimo.
I suppose that is better than saying "anonymous."
It is what is known in art historical parlance as a Notname.
Yes, a Notname
A Notname is not a not name, It is a word that stems from the Deutsch: Notname (German: Notname (German: [ˈnoːtˌnaːmə]
A Notname is a "necessity-name" (a  "contingency-name), in art historical terms, an invented name given to an artist whose identity has been lost.
We may Not know the Name of this Master of the Female Half-Lengths.
But she or he or they sure was/were amazing. 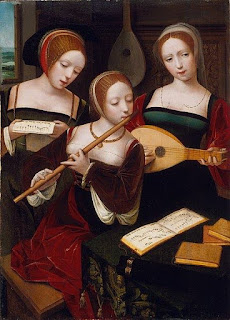 THE AMBIGUITY AND ANDROGYNY OF GENIUS: Leonardo’s Mona Lisa 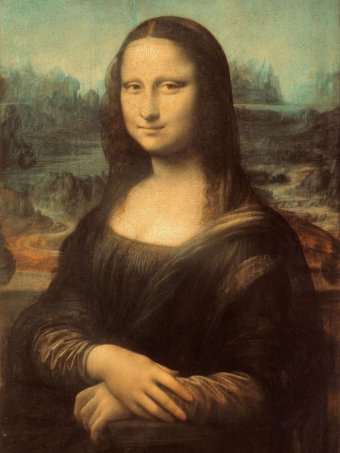 THE AMBIGUITY AND ANDROGYNY OF GENIUS
Leonardo’s La Gioconda

So much ink has been spilled about this wondrous and mysterious painting (thankfully not on it) that anything I say will be argued, critiqued, debated, perhaps even agreed upon,  and then we are still nowhere.
There has been much discussion about whether Leonardo painted himself in the Mona Lisa and not the historical subject who has been shown to be Lisa Gherardini del Giocondo, whence the title “Mona Lisa” (Mona = Madonna = Madam Lisa) and the sobriquet “La Gioconda,” the wife of the wealthy merchant, Francesco del Giocondo, who commissioned Leonardo to paint his spouse.
(Gherardini was Lisa’s maiden name).
“Gioconda”also means, in a sense “quella che sia gioiosa” ”she who is happy.”
I use the Mona Lisa (La Gioconda) in my lectures on art and perception in re looking versus seeing versus knowing. If you look right at her, look right at La Gioconda, you can’t tell about her mouth. Is she smiling or smirking?
If you look away from her face (look at her forehead or chest), she is definitely smiling.
Why?  Because with our central ( foveal) vision we don’t see the muscles of facial expression (orbicularis oris, buccinator, zygomaticus major, inter alios).
When we look away, our peripheral (coarser) vision picks up these facial details and the smile is evident.
The question of whether Leonardo painted himself in his painting of her is the Ancient question of subconscious or conscious self-reference in Art and literature. It is a concept that has been accepted by many art historians and Comp Lit specialists. How often do we read autobiography into a novel? A lot.
For those who want a deeper dive into “ Every Artist Paints Themselves,” see Simon Abraham’s fascinating dicosurse (http://everypainterpaintshimself.com/essay_pdfs/PORTRAITS1_1.pdf
Has Leonardo painted a bit of himself here ? Maybe.
Why do so many of Leonardo’s subjects appear androgynous (cf. st John the Baptist) ? What is it about artistic genius that makes it so Ineffably inscrutable, so ambiguous and androgynous (cf. Shakespeare, Michaelangelo and Mozart).
My view is that Genius is the amalgamation of feminine and masculine, of secular and spiritual, of mystical and quotidian, of simple and fractal, thus it is inherently ambiguous and inherently androgynous.

La Gioconda
Mona Lisa
Leonardo da Vinci
? 1513 - we still don’t know when he began and when he finishes- more ambiguity
Louvre
Posted by Vincent deLuise M.D. at 10:58 PM No comments: