"The Sublime, The Grand, The Tender, Adapted to the Most Elevated": A Review of Handel's Messiah

(This essay was written as a music review of the Waterbury Symphony Orchestra's performance  of Handel's Messiah, December 12, 2010). 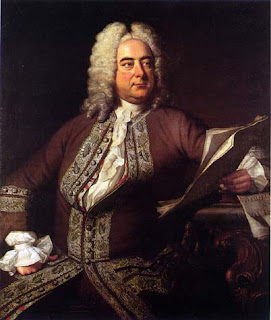 The oratorio Messiah by Georg Frideric Handel was not only his most popular work but it remains one of the monumental artistic achievements  of western civilization. A perennial favorite, it was given a crisp, cohesive performance this afternoon by the Waterbury Symphony Orchestra, with maestro Leif Bjaland on the podium. The performance took place in the Orchestra's home base at the Naugatuck Valley Community College (NVCC) Auditorium in Waterbury.

George Frideric Handel (Haendel) his birth certificate stated his name as  Georg Friedrich Handel (1685-1759),  was one of the towering musical figures of the Baroque period, along with his near contemporaries Alessandro Scarlatti, Johann Sebastian Bach, Antonio Vivaldi and Henry Purcell. Born in Halle, Germany, educated there and in Italy, and settling in England, Handel early in his career mastered both the oratorio and operatic art forms, blending the best aspects of these genres in his copious output. 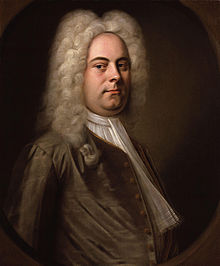 Messiah, to words from the old Testament, (inter alia, Isaiah, Malachi and Psalms) as well as from two of the canonical gospels, Matthew and Luke, the book of Revelation, and  the epistles of Paul, all set to a text by Charles Jennens, was  composed by Handel in just 24 days, in November and December of 1741. Messiah was given its premiere in Dublin on 13 April 1742, to ecstatic reviews. One critic enthused, "Words are wanting to express the exquisite delight it afforded the crowded and admiring audience. The Sublime, the Grand, the Tender, adapted to the most elevated, majestic and moving  words, conspired to transport and charm the ravished ear."

It has been said that when King George II first heard Messiah, in London in 1743, he was so taken by its now famous "Hallelujah" Chorus, that he stood up, setting a precedent that is still adhered to by audiences worldwide.

Under the baton of Maestro Bjaland, the orchestral playing was precise and nuanced, exhibiting many of the finer textures of what has come to be termed "historically informed performance" (HIP)   practice pattern. Even though the musicians were playing modern instruments  (a  chamber ensemble of  violins, violas, celli, oboes, bassoon,  trumpet, string bass and harpsichord (the "basso continuo"), their playing was uniformly crystalline and transparent, most evidently in the so-called "pastoral" movement. Of particular note was John Charles' pyrotechnics on celebratory trumpet in the concluding sections of the work.

The choral parts of today's effort were cleanly and finely realized by a resonant and well-prepared NVCC Choir, under the direction of Dr. Richard Gard.

The acoustics at NVCC are ample yet cozy, with most areas of the auditorium highly sonic. The violet-colored and largely unobtrusive baffles along the sidewalls as well as the scrim behind the players collected and propelled the sound centrally and directly.

The four soloists in the work came from Yale School of Music and Yale Opera. They each sang crisply and admirably. Jamilyn Manning-White was an able soprano, whose tasteful da capo ornamentations in the exquisite aria "Rejoice greatly, O daughter of Zion" were finely drawn, reflecting Handel's special genius in incorporating Italian bel canto style (a genre in which he was so successful in his many operas) into this and several other arias of the Oratorio. The alto role was essayed by Kelly Hill, whose dusky voice perfectly matched the largely sorrowful words written for her part. Tenor Jorge Prego was commendable, especially in "Ev'ry Valley," where his resonant and rich  legatos were most compelling. The bass-baritone, David Pershal, was dramatic and convincing, most evidently  in "The People Walked in Darkness." Considering these four singers are  all still in graduate school, their stars are very bright.

Another of the many aspects of Messiah that is emblematic of Handel's brilliance is that he purposely wrote a relatively spare orchestral part to the work, wisely and correctly forseeing that future composers would tinker with the orchestration, adding instrumental forces here and tonal color there.

There are thus many Messiahs. Does one listen to the  draft Handel initially started to write in 1741 and never performed?  Or perhaps, one might prefer the score we heard today, from 1741/1742, which is the one most of us recognize?  Or instead, does one choose the Messiah which Wolfgang Mozart himself tweaked in 1782, with the voices in German, Der Messias, adding such wonderful contrapuntal changes and harmonic sonorities (clarinets !).  Maybe one is drawn  instead to the version of a certain Ebenezer Prout of the mid-nineteenth century, with its velvety Victorian overtones?

There is no "right" or "wrong" Messiah. There is simply  Messiah.  The performance we heard today by the Waterbury Symphony Orchestra and its accomplished vocalists was what it was always meant to be, as envisioned and created by "Mister Haendel" - sonorous,  sacred, cohesive, noble, and uplifting; in short, sublime.